When my son was eight, we signed him up for his first travel baseball team tryout. We thought he was ready. He’d had a great season. We brought him to tryout for the top league in the area thinking he was a sure in. We didn’t want to scare him, so we just told him to go out there and do his best. Well–it didn’t go well. He didn’t understand why he was there. It was miserably hot and he gave literally ZERO effort. He whined through the whole thing and played like he’d never touched a baseball before. Worst of all–my husband gives lessons to kids in the area, so my husband felt even more embarrassed that with all his knowledge he thought that our son was ready to play. Truth was…he WAS ready to play, but we didn’t prepare him mentally for why he was there and at the end of the day, he was eight. Today I want to talk to you about how to explain travel baseball tryouts to kids without stressing them out. It’s a conversation worth having if you’re heading to tryouts soon.

How to Talk to your Kids about Travel Baseball Tryouts

Start by setting expectations and explaining the Purpose of Travel Baseball Tryouts.

Explain to them what they’re their for. Make sure that they want to be there and they actually want to play competitive travel baseball.

Explain to them they’ll be playing a LOT of baseball. Most of the time travel baseball doesn’t allow for any other sports to be playing during the season.

Ensure that they understand that travel baseball means better competition and that if they don’t play well or try hard regularly, they won’t play.

Explain that you believe in them otherwise you wouldn’t have them try out.

Explain to them what Travel Baseball Tryouts really are.

Give them some ideas of what to expect.

Tell them that the coaches are watching to see their skill level, their level of effort, their speed, their commitment, and their focus. They want to see that the child can take direction and that they are respectful. They don’t want to see kids goofing off in between drills.

Explain that now is the time to be “ON”. And by on you mean best effort, best speed, best skills, best attitude, and best teammate.

Tell them not to be nervous.

Tell them to be respectful.

Not only is it important to be good on the field, but show your coaches respect. The players that answer with “Yes, sir” and “No, sir” and show they are polite and respectful will stand out to a coach.

Introduce Yourself and Your Player to the Coach

One thing that sets one player out from another is that the coach knows the name. For example, when a parent emails or calls my husband in advance to introduce themselves and ask questions about the team or the dynamic, my husband remembers their name. He knows to look for that parent/child when tryouts come. If you’ve talked your child up, he’s looking to see if what you said matches up to their skill level. My husband gets EXCITED to meet your players. Never hurts to take the time for you and your son to introduce yourselves and stand out from the crowd a bit.

Look up some of the types of things that coaches do at baseball tryouts and practice at home. Some things my husband suggests to practice before a tryout include:

Practice all those items at home so that your player feels comfortable once they get out on the field. You can even consider doing a “mock” tryout and helping them understand what it will feel like.

Make sure they are prepared…

On your way there, tell them you’re proud of them for being brave. Explain to them that they just need to put their best foot forward and assume that someone is always watching them. Tell them that today is not the time to be lazy or goofy…they can have fun, but it’s all about baseball today. Make sure they’re well hydrated, have all the necessary gear, and are ready to go. If they miss or drop a ball, give them encouragement and support. Your kids can read your body language like a book—don’t add to their stress! It’s stressful enough having coaches watching your every move.

If they don’t make the team….

If your child doesn’t make the team, it’s ok to ask for feedback. Maybe they’ll give you some, maybe they won’t (depending on how many kids come). But this will help your child understand what to work on and what is needed for them to be more successful.

Praise your child for trying and putting themselves out there and work hard at home, with an instructor, or at a batting cage to improve. If your local high school has camps, get your child to them.

Don’t Put All Your Balls in One Mitt (see what I did there?)…

Basically, just because your child doesn’t make one team doesn’t mean another isn’t looking. Sometimes it’s not a matter of your child being good enough, it’s a matter of needing kids. You might have 30 kids trying out for a team with 10-12 spots…and 10 eligible returning players. Meaning they need two kids. So competition is obviously steep.

Try out for several teams and see what happens. Chances are, if your child has the talent, they will be picked up at some point.

Now this may be debated, but I keep hearing it from parents more and more…if your child already plays for a travel team (especially a good team in the area), have them wear their current team hat and/or jersey to tryouts. This will get the coach’s attention because they know that they are already looking at a player with travel experience. They’ll be looking to see what type of skill level your child has right out of the gate. It’s a good way to stand out on the field and get some recognition for the hard work that has already been put in!

You May Also Enjoy:

To the Parent’s of Players with Tough Coaches

Baseball Opinion: Chanting in the Dugout, Yay or Nay? 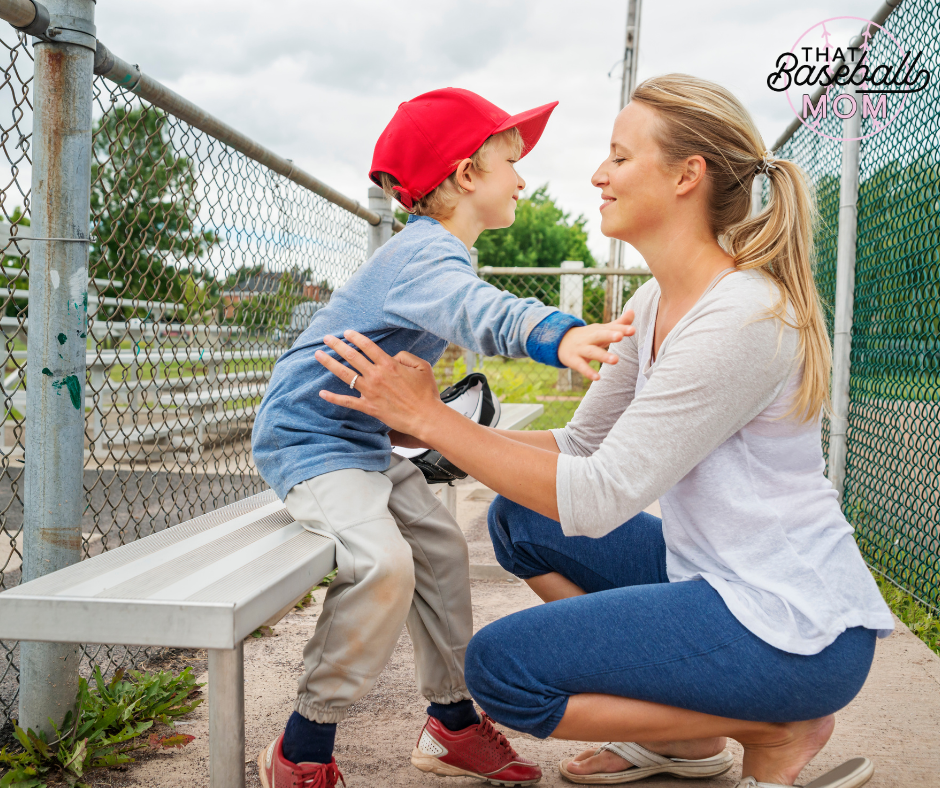 Gift Ideas for Baseball Players of All Ages

Previous Post: « Opinion: Baseball Chants from the Dugouts? Yay or Nay?
Next Post: To the Parents of Kids with Tough Coaches… »