Join my email newsletter to stay up to date on new posts!
Home / Baseball Moms / To the Parents of Kids with Tough Coaches…

To the Parents of Kids with Tough Coaches…

I’m the wife of an overzealous, extremely passionate baseball coach. My husband is a former minor leaguer with years of professional playing experience from a young age through minor leagues with the Reds and Braves organizations. He has tenacity, determination, and extreme passion for the sport. He has a dozen parents paying him for private baseball lessons weekly and receives texts thanking him for his help because he’s taught their kids a LOVE of the game and determination and respect. Their kids are excelling because he pushes them to give their best. He expects his players’ attention and expects them to give their best effort on the field. And he expects it from a young age!

His expectations aren’t driven on whether they win or lose (although, like any sport…it’s more fun to win!), but more on the effort he sees on the field, as well as the growth he sees in individual players. Is the SAME kid making the same mistake over and over again? Is the team consistently not putting forth effort on the field? Is the team improving their mistakes with each game and working together? These are the things coaches look at and like any good coach, they make changes to improve.

Teamwork is paramount to success in life and with teamwork comes the individual efforts of each player.

I’m writing this post because I’ve recently experienced what we all dread and worry about….the criticism and misunderstanding of the parents of children on the team and their “fear” that little Johnny is getting his feelings hurt because coach walks out on the field and corrects him after a bad play. Sadly, this same parent chose to pull his son from the team two games into the season and without ever expressing any concerns to my husband IN PERSON, prior to quitting. The only time anything was ever brought up was when he emailed the whole team publicly shaming my husband for trying to get the kids to work together to win, putting forth their best efforts on the field, and keeping statistics for batting averages (of which his child was ranked the second lowest). He made an assault on my husband’s integrity without ever even giving my husband a chance to explain what his concerns were…and worse, he let his child think that in the face of perceived “adversity” it was better to just give up rather than to persevere, attack your challenges, and grow from the experience.

Does my husband gets frustrated? Yes! Absolutely. Have you ever coached youth sports? I have! OH MY is it ever a test of patience! When you want to scream…NO…THAT’S THE WRONG GOAL! you instead attempt to channel that energy into trying to be the “patient” and understanding coach. The coach that says, “Hey, Johnny…you scored a goal for the other team, but good luck next time,” but really…is that “patience” helping our kids? Will “patience” and a “Nice try!” help them remember that next time…OR would a quick correction on the field help them remember and LEARN from that next play? And then…when they do it right next time…and you go BALLISTIC because they listened…how great is that feeling for a kid?! They learned, they corrected, and they saw the fruits of their efforts! What a great life lesson!

But, sadly, our kids are growing up in a world of political correctness… a world where everyone should get a trophy and there are no winners or losers as long as everyone has fun–a world where competition is frowned upon. What a bunch of BS.

We all know…that’s not how the real world works, my friends. Your child’s future boss isn’t going to say…hey, you lost that multi-million dollar account, but good luck next time champ! NO! Your child’s boss is gonna fire his butt or reprimand him for screwing up! Or at the very least, future 30+ year old Johnny isn’t going to get a promotion any time soon.

Why is it not ok to correct kids sternly at a young age and TEACH them to do better?!

Why is it NOT ok to teach them competition and the feeling of winning and being successful in a sport?! As well as the feeling of losing and knowing you did your best against a good team.

Why is it NOT ok to educate and correct them and demand their attention and effort?

If all these things are not ok, then why place your child in a competitive sport at all?!

Isn’t our whole world based on competition?! Competition for the best businesses, best jobs, best educators, best efforts…and finally, how we handle that competition….maintaining our integrity, our sportsmanship, and being able to go home at night and know that you gave your best, but sometimes your best isn’t good enough.

Those who take the criticism they receive and better themselves from it are going to improve–they are going to work. They are going to prevail and standout. The world isn’t all unicorns and rainbows, it’s a tough world and for me…my kid doesn’t need it sugar coated.

And my husband isn’t going to be the one to sugar coat it.

And no, I am not advocating for the coaches that get in your face, yell, scream, and verbally abuse. That’s unacceptable.

I’m speaking up for the coaches that will push your kids to be better people, to be respectful, and to give their best on the field and at anything they do. Those that teach your kids the joys of hard work, effort, and success, as well as the consequences that come with being disengaged from the game or not putting forth your best foot on the field.

So next time “Johnny” gets his feelings hurt on the field because his coach corrects him sternly and wants to quit…I implore…no, I BEG you to do this instead….

Have Johnny talk to your coach.

Tell your coach how “Johnny” is feeling.

Explain to your child that coach isn’t doing it to be mean, he’s doing it to teach you the game. Because you know what…the very next play, when that kid handles that same situation CORRECTLY this time…my husband, the coach, is going to be that same person on the side of the field jumping up and down, clapping, and CONGRATULATING your kid for handling it correctly and learning from his last experience. He will raise your kid up as much as he may bring him down.

Your kids will learn NOTHING in life if you let them quit at the first sense of opposition.

They will learn nothing in life by not speaking up for themselves and communicating with the adults and peers in their life about their challenges, feelings, or misunderstandings.

They will learn nothing in life by giving up.

And most certainly…they will learn nothing from you, as a parent, if you fall into the “everyone deserves a trophy” crowd…because life just doesn’t work that way.

So the next time your precious little petunia is having a rough day or a down moment, explain to them what their coach expects and if they’re unclear…schedule a time to talk to the coach about your concerns.

It’s really easy to teach your kids to quit at the first sign of adversity, but it’s something much different to teach them that putting forth effort will get them ahead in life….persevering and taking the constructive criticism that they receive and IMPROVING from it will ultimately make them better and stronger people in the end.

And to all the “tough” coaches out there…

…keep doing what you’re doing, maintain your integrity, keep your eye on the prize and don’t let those negative parents get you down. The children you are reaching will look back someday and appreciate that their coach pushed them to do better. 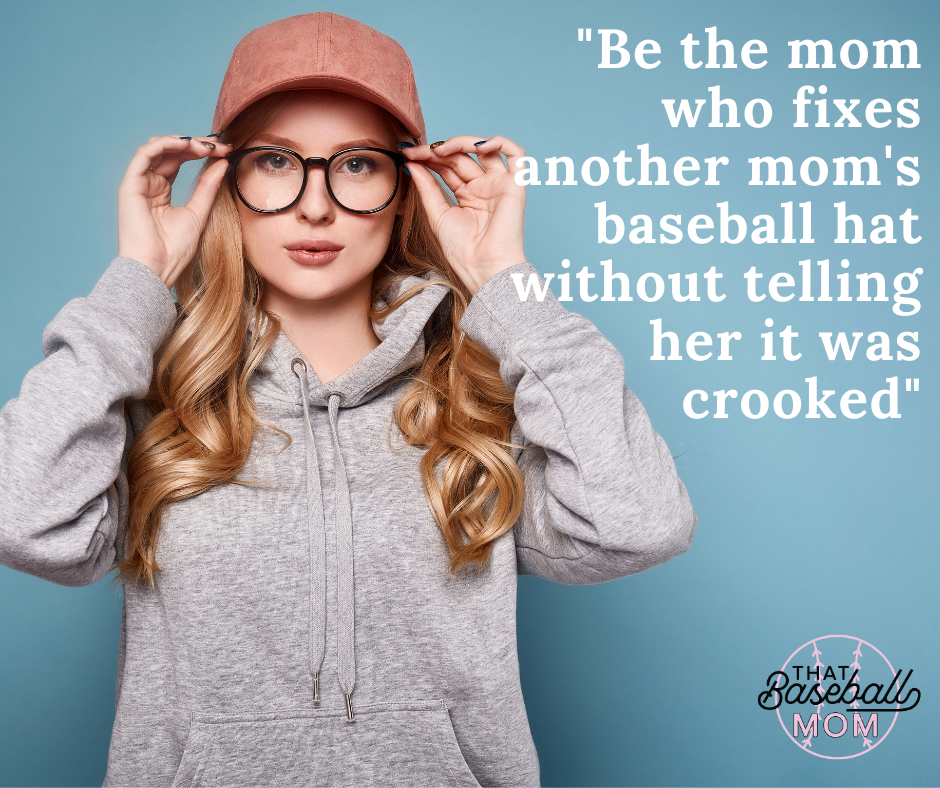 How to Deal with "Those" Moms on the Team 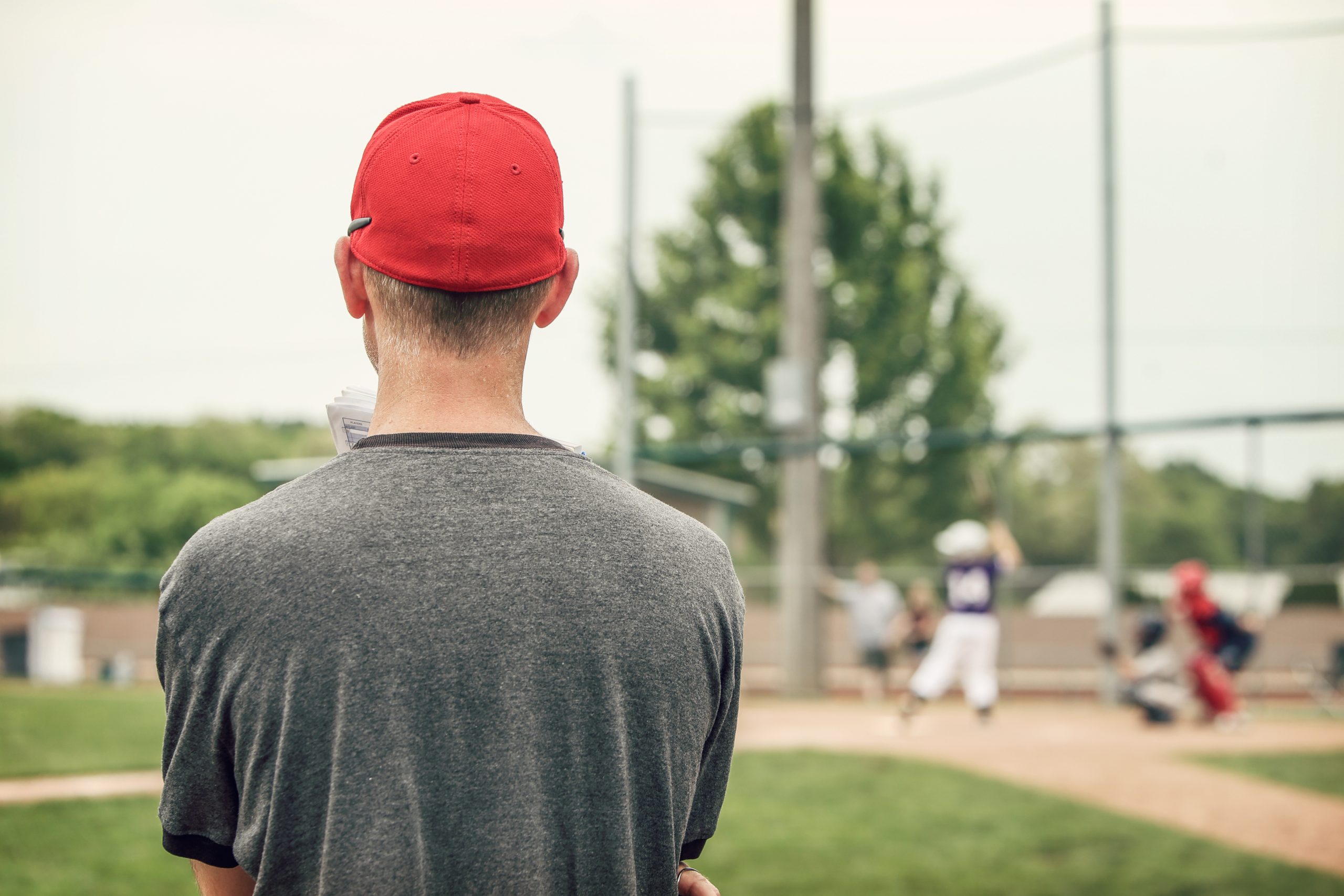 Travel Baseball Tryouts: How to Explain Them to Kids and be Prepared

Previous Post: « Travel Baseball Tryouts: How to Explain Them to Kids and be Prepared
Next Post: Baseball Front Door Décor »